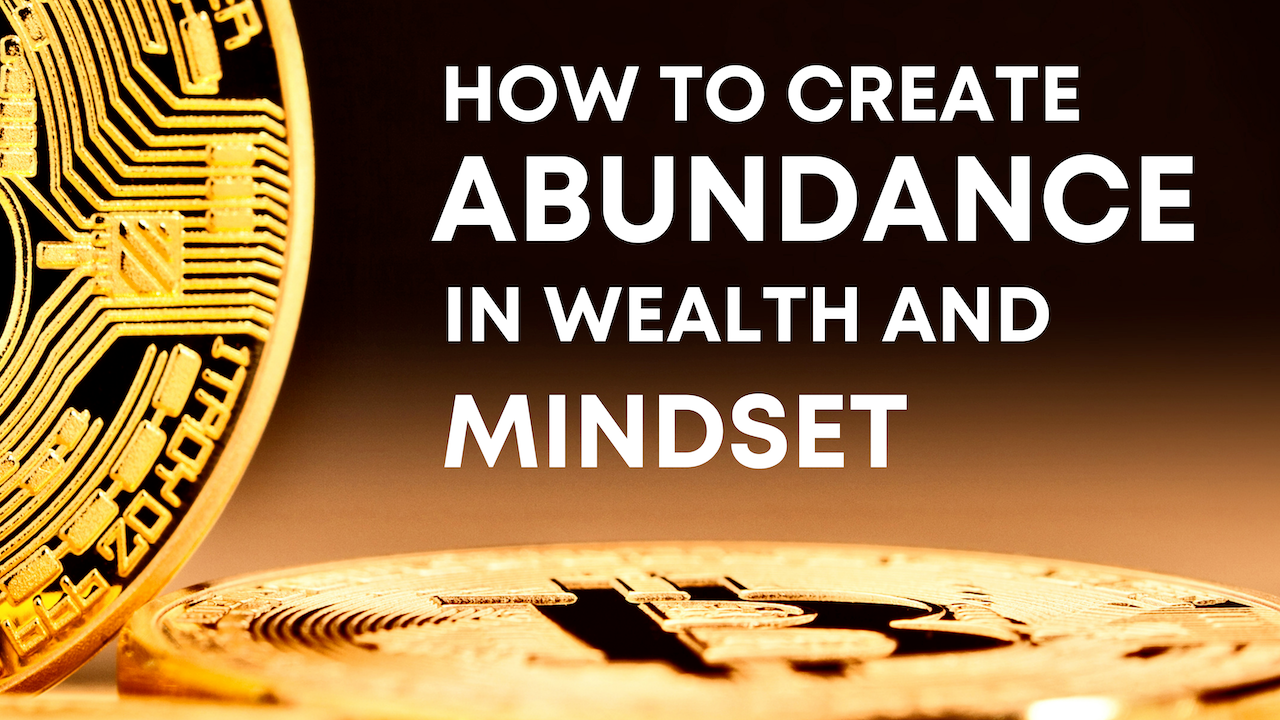 How to create abundance in wealth and mindset by J Flow

Today we’re going to look at moving from scarcity to abundance.

What happens when you grow up with a mindset of scarcity, and end up in a crisis where people lose jobs or there is a crisis of health?

Do you feel anxiety? Or do you worry even more?

Are you afraid you won’t have enough money or even opportunity?

You don’t have to think this way. You can actually change your mindset – and there’s no better time than now.

Even if you lost your job or are collecting unemployment, now is the time to start thinking big about creating opportunities for making money.

Let me illustrate this with the story of Chu Shijian.

Chu Shijian, who died last year at the age of 91, was a Chinese business executive and entrepreneur. He was known as the “King of Tobacco” for making a success out of a cigarette factory that had been failing.

His skill at running a large sugar mill, and his later education, led Chu to be named director of Yuxi Cigarette Factory. He went on to build the company into a juggernaut that became one of China's largest and most lucrative businesses.

This factory truly made the reputation and popularity of the Hongtashan brand of cigarettes. At the time he took over the factory, it was struggling. Its annual revenue for a big factory was less than $1 million.

Chu sensed that more people would be able to afford cigarettes as China’s economy grew with a rising middle class. So he invested money into the factory to modernize it. He used new management techniques — such as valuing employees, rather than treating them as easily replaceable.

He also improved the quality of the product, using better tobacco than the state factory had used before. Sure enough, demand grew. By 1995, the company produced more than 100 billion cigarettes per year. That is an incredible amount of cigarettes

Thanks to his years of success, Chu received many awards during the 1980s and early 90s. He was named a “model worker” and was also nationally named as a “top ten reformer.” And he was named as one of the country's most outstanding entrepreneurs.

But only five years after being touted as a top performer, Chu's fortune turned.

His cigarettes were so popular, the factory could not meet the growing demand. Wholesalers were willing to pay bribes to Chu and his family members to ensure getting their own supplies of the cigarette. So Chu’s family was tempted and ended up taking bribes, and they were caught. As a result, Chu was arrested for corruption in 1996. He was prosecuted for embezzling 1.1 billion yuan (about $174 million U.S.).

Chu was sentenced to life imprisonment in 1999. After being stripped of his political rights and serving three years of a life sentence, Chu was released from prison on permanent medical parole in 2002.

Free once again at the age of 75, Chu decided to start all over again, so he bought a small plot of land in Yuxi and began to create new varieties of oranges. The resulting company, Yunnan Yushi, became so popular that Chu had to develop a way to differentiate his Chu Oranges from fakes being sold in China.

Now, Chu had said in an interview after getting out of jail that, if people forgave him, he would do good things for the country and society so he could achieve inner peace.

At the orange grove, Chu employed the same management methods he had used at Yuxi Tobacco. These included emphasizing quality over quantity, as well as linking the income of workers to company profits. As the company grew, his employees were able to earn several times the average local wage.

The Chu Orange became a nationally famous brand, and Chu was given a new nickname, the "King of Oranges." The company became highly successful, selling 10,000 tons of oranges a year by 2013. He even developed an orange grove in the Ailao Mountains into an ecotourism resort. He became a billionaire by selling oranges. He was innovative, even selling oranges through e-commerce.

Chu’s achievements and unyielding spirit made him one of China's most iconic entrepreneurs.

Even someone who went to jail and started over at 75 can still reposition from scarcity. Instead of thinking he was too old or too defeated from serving time in prison, Chu managed to become a respected business figure — and a billionaire for a second time.

We have many stories like these told on the Enlighten Millionaire Podcast with many keynote speakers including: Mark Strome (Founder of Strome Investment Management & Worldwide Investor),  Derral Eves (Partner to Mr. Beast & Executive Producer at The Chosen)

Stay connected with newsletters and updates!

Join our mailing list to receive the latest news and updates from our team. Don't worry, your information will not be shared.

We hate SPAM. We will never sell your information, for any reason.